6 Reasons Why Coffee is the World’s Favourite Drink

Whether it’s enjoying a cup to fuel up for your workday or savoring your favorite blend during those cool mornings up at the cottage, coffee has become such a beloved – and for many – an essential part of our daily routines. In fact, it’s become so widely coveted that a few billion cups of it are consumed every day around the world. Even just the aroma of freshly brewed coffee is enough to tingle our senses awake. But beyond the caffeine kick, coffee lovers know it’s much more than just a drink we consume to put a spring in our step. From the rich aromas to the complex flavours infused in each cup, to the comforting warmth you feel when you wrap your hands around the mug – it’s the entire ritual of sitting down to enjoy a cup freshly brewed cup that makes it such a delightful experience. Read on to discover even more reasons to love your morning cup of coffee, and why it’s the world’s favorite drink.

There’s a Fragment of History in Every Cup

Though it doesn’t date back as far as tea does, there’s still quite an illustrious history behind our favourite roasted beans. Legend has it that coffee was first discovered in Ethiopia, around the 9th century by a goat herder named Kaldi. After his goats consumed certain fruits, he saw a noticeable change in their behaviour – like they were physically more energized. So, he decided to try the fruits for himself and soon after felt the same type of invigorating effect. This was the birth of Kahve as it was initially known, which translates to the “wine of Arabia”. It didn’t take long for it to spread around the world, eventually reaching the shores of Europe around the mid 17th century where it continued to blossom. The first coffee house emerged in England in 1650, with 3,000 more popping up throughout the country by 1675.

It Brings Us Together

History aside, there’s also a social aspect to coffee that adds to its alluring reputation. Once the first coffee houses were established – first originating in Istanbul before catching on in England, they became renowned social hubs within their communities. It was the place to be to catch up on neighbourly gossip, friendly banter, news, politics, and more. A simple cup of coffee was what brought people together to converse and catch up, as it continues to today.

Coffee was first introduced to Western society by traders in Venice. But upon arrival, it was seen as a mysterious and exotic drink that people were sceptical of because it originated from Africa. This gave it a bit of a rocky start once it was first brought to Europe. It was originally deemed as “the Devil’s drink” by Catholics, but after much controversy, Pope Clement VIII decided to try it for himself. After tasting, he considered the drink so delicious that he “baptized” it to cleanse the devil out of it, therefore making it acceptable to drink in the West. Even the Pope himself couldn’t resist the rich and decadent flavours of coffee.

It’s a Form of Art

Anyone who’s ever had a bad cup of coffee knows how much the process and quality truly matters once they’ve tasted a good cup. It’s a complex process from beginning to end to bring out the rich, aromatic profiles and create the perfectly balanced cup. From growing to harvesting to roasting to grinding and brewing – it’s an undeniable art form that continues to evolve, surprise, and delight.

The Best Part of Breakfast

Just think what your morning routine would be like without that steaming, fresh cup of coffee, espresso or latte to kick start your day? It’s hard to imagine for any avid coffee drinkers. Whether it’s paired with your bacon and eggs, a croissant, bagel or just on its own, it’s the perfect accompaniment with any breakfast of choice.

It Has Health Benefits

When consumed moderately, coffee has been shown to benefit our health in several different ways. On average, regular coffee drinkers are statically less likely to suffer from depression, Alzheimer’s, gout, and type 2 diabetes among other diseases. And since caffeine can easily pass from our blood to brain, it effectively stimulates our dopamine, serotonin, cortisol, and endorphins. This elevates our mood and helps prime us for the day ahead.

If you’re as passionate about coffee as we are, then you’ll love our incredible selection of premium Italian coffee blends at OROCaffe. We care deeply about the quality of our coffee, which is why our products encompass a wide assortment of carefully infused flavour profiles and aromas. Whether you prefer whole beans or capsules that are compatible with your Nespresso machine, you find it all – including espresso equipment and accessories – right in our online store. Order yours today and discover the difference in fine Italian coffee.

Here at ORO Caffè, we are passionate about what we do, which is why we never compromise on quality when it comes to delivering the best Italian esp...

The ORO Caffè Journey: From Bean to Cup

At Oro Caffè, we believe in ensuring customers have everything they need to enjoy a fresh cup of espresso or cappuccino. However, how can you tell ... 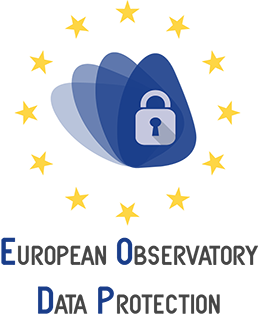